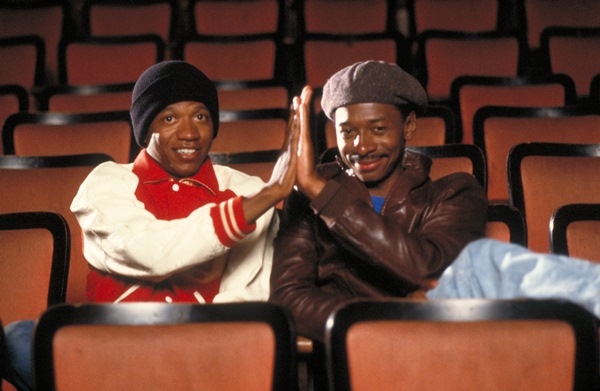 I couldn’t stop thinking about Jordan Peele while watching Robert Townsend’s Hollywood Shuffle. A month or so ago, the Peele caused a stir when he announced that he probably wouldn’t ever cast a white person as the lead in one of his films. Cries of “reverse racism” flooded social media and comment boards. “These undercover fascist cucks, SJWs, and snowflakes won’t be satisfied until they ruin all movies with their PC agendas!” they exclaimed.

All snark aside, I think Hollywood Shuffle, written, directed, and starring Robert Townsend, helps explain Peele’s choice. It’s a satire of the film industry’s tendency to cast people of color in very limiting roles, oftentimes only offering one-dimensional, stereotypical characters. Hollywood Shuffle came out in 1987. The #oscarssowhite movement started back in 2015. Clearly, there is still plenty of progress to be made in terms of onscreen and offscreen representation, even with the success of Black Panther and Peele’s own Get Out and Us.

The structure of Hollywood Shuffle resembles more of a sketch show than a narrative film. (I can see how it might have influenced In Living Color, The Chapelle Show, and Key and Peele.) But there is one narrative throughline amidst the various sketches: The protagonist tries to book a part in a film. And when he does, he has to decide whether to take the negative, stereotypical part—which pays well—or turn it down to set a good example for his little brother.

So Peele isn’t going to cast white actors as his leads because he wants white people to have fewer roles, he just wants to provide higher quality roles for people of color.