On Friday, Bob Dylan gave a speech at a benefit concert honoring him. I saw an intriguing quote pulled from the speech where he addresses criticism about his voice: “Critics say I can’t sing, I sound like a frog,” he said “Why don’t critics say that about Tom Waits? Critics say my voice is shot. Why don’t they say that about Leonard Cohen? What have I done to get this special attention?”

Bob Dylan’s voice definitely isn’t beautiful, at least conventionally. But as Dylan points out, there are many other musicians who don’t have nice voices but still have a strong career and fan base. This inspired me to make a list of my favorite ugly voices.

By the way, I mean no disrespect when I say ugly. I’ve always found singers with unconventional voices just as, or sometimes more, compelling than someone with a great set of pipes. In fact, some genres of music would sound plumb strange with Josh Groban-like vocals. Anyways, below is a list of a few favorites.

Let’s start with Waits since Dylan mentioned him in his speech. If you aren’t familiar with his work, let me share my favorite description of his voice. Daniel Durcholz describes his voice as sounding “like it was soaked in a vat of bourbon, left hanging in the smokehouse for a few months, and then taken outside and run over with a car.” You can’t tell me you aren’t youtubing a Waits song to hear if that description isn’t true. I love playing his music for people who haven’t heard it before and seeing their reactions. My wife won’t allow me to play his music around her, and my friend Travis just said “nope” after thirty seconds into “Everything You Can Think.”

I can’t lie; I don’t enjoy every Tom Waits song. Some of them legitimately scare me. He has this spoken-word number called “What’s He Building in There?” that thoroughly loosens my bowels everytime I hear it. I love his slower ballad-type songs. He has this beautiful one called “Down There by the Train,” that he originally wrote for Johnny Cash. I actually like Waits version much better than Cash’s. Even if he does have a bourbon-soaked voice that has been “run over with a car,” he has one of my favorite voices that only a mother could love.

The Talking Heads frontman’s voice also has to grow on you bit. The first time I heard “Found a Job,” I felt a little embarrassed for Bryne. I thought, “Doesn’t this guy know that he sounds terrible?”Now, it’s one of my favorite songs of theirs. It’s difficult to describe Bryne’s vocals. On some songs, it sound like he’s yelling at his cat, while on other songs, he croons a worthy Al Green cover. Although he might not have the voice of an angel, can you imagine anyone else singing “Burning Down the House?” Actually, I just found out Tom Jones did, and it’s pretty wacky stuff.

I was a big time Bright Eyes hater until Cassadaga came out. After that I came around to some of Oberst’s other music. I just remember thinking that his voice was so whiney and his lyrics so pretentious. Eventually, that’s what I came to like about his music. I can’t really explain it. He just grew on me. I remember driving in the car with my mom while “Poison Oak” was on. She turned to me and said “I hate this,” point blank. I can’t really blame her for that one. My wife compared his voice to a sheep attempting vibratto on that song. I gotta give the guy credit for knowing he doesn’t have a nice voice and just belting it out anyway. For me, his ability to be vulnerable and intimate with the listener makes up for his poor pipes. 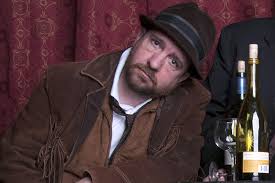 The singer-songwriter, who uses the moniker The Magnetic Fields, has a deep, baritone voice. I think his singing is pleasant, but I can see how some listeners might find his vocals too somber and melancholy to enjoy. I enjoy how well his voice mixes well with his songwriting, which is often humorously quirky and wry. For instance, the song “Andrew in Drag,” is a fictional story about the fleeting love one man has for a man named Andrew who dresses in drag for one night as a joke. It’s tragically funny, and Meritt’s voice accentuates the irony of the song. 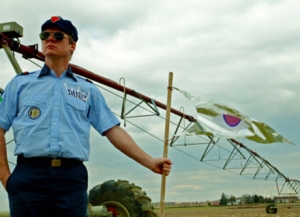 Last but not least, the brainchild of Danielson (formerly Danielson Famile) has maybe the most grating voice of this list. Maybe not so much once he released Ships in 2006, but when you listen to songs like “Did I Step on Your Trumpet?” from that album, and then compare it to songs like “Good News for the Puss Pickers” you can really hear the difference. On those early albums, he lets loose a mighty falsetto that could make Mickey Mouse cringe. Yet the unique instrumentation, songwriting, and bizarre biblical imagery make me want to keep listening, even if it isn’t always pleasant.

Of course I like Bob Dylan a lot too, but that’s for a future blog post. Let me know in the comments if you guys have any ugly voices you love.